Who is the Guru

Born in France in 1924, the Guru was the son of a master carpenter and his mother was a celebrated pastry chef. He grew up learning the importance of dedication, detail and loving his craft from his parents who were passionate about their professions.

In 1945, during the height of World War II, in a café by the Seine, the Guru’s soon to be French wife served him his first cappuccino. Not only was he swept away with her smile, he was captured by the taste of that coffee and thus he had not only found the love of his life, but the product that would be the core of his existence.

Hearing of the post war opportunities, he travelled with his wife to America. Here, he spent his time trying to make it as an apprentice barista in a coffee shop in downtown Brooklyn.

In the winter of 1956, his wife, the victim of a tragic automobile accident in front of the coffee shop in which he worked, laid in his arms, looked up at him and said “Remember the Seine?” and sadly, she passed away.

Heart broken, the Guru left Brooklyn and travelled the world to find elite coffee crafting techniques to make the best coffee in his wife’s memory.

Labouring for bean growers, he spent decades trekking through Latin America and Eastern Africa in search of a perfect variation of the highly regarded Arabica bean. His journey then led him to Central Africa and throughout southeast Asia where he sampled varieties of the hardy Robusta bean.

Returning to Europe he travelled through Paris, Venice, and Vienna, trading age-old family recipes from his mother’s cookbook with world-renowned coffee makers, and learning the secrets of generations of European cafés and baristas.

Having discovered what he felt was the perfect blend of bean, and after learning all he could of the art and expertise in brewing and roasting, he settled in Prague where he opened a small but flourishing café.

“The story goes that the guru only took up one apprentice in his many years, a young Australian upstart to whom he taught his values of dedication and detail. Passing on a life time of coffee craftsmanship.” 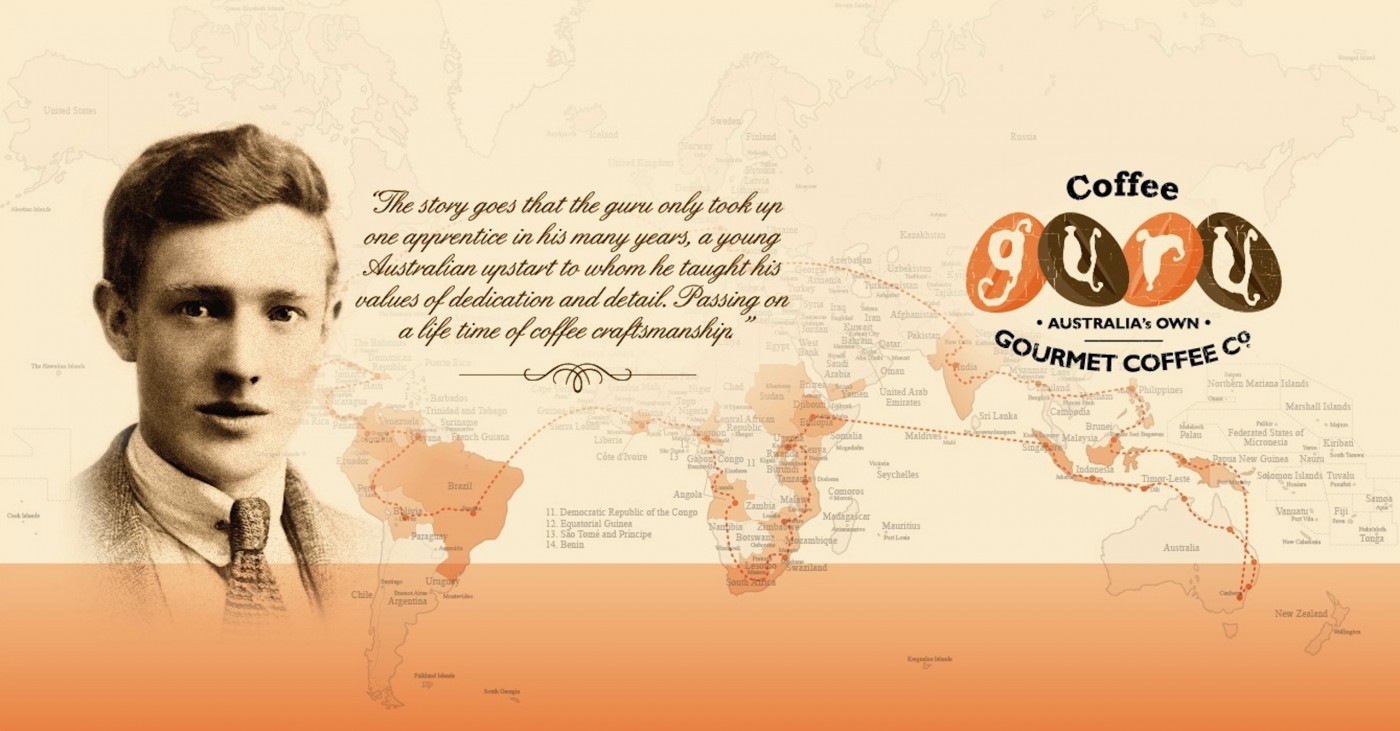